GANGNEUNG, Korea – USA Hockey is working with the IOC to see whether goalies Nicole Hensley and Alex Rigsby really will have to remove the Statue of Liberty from their goalkeepers masks.

USA Hockey spokesman Dave Fischer said on Tuesday “discussions are ongoing” after the IOC said earlier the images would have to be removed. 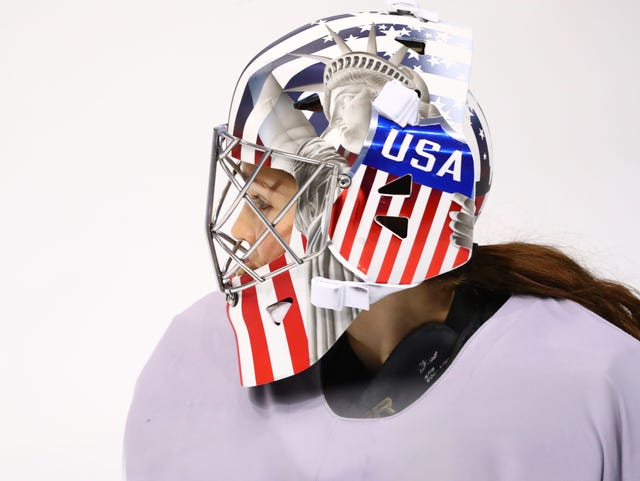 Nicole Hensley helped the USA win gold at the last two World Championships, but Robb Stauber hasn’t committed to a starter yet for the Olympics.

The IOC views the image as a possible violation of its policy against political symbols. The rule from the IOC Guidelines Regarding Authorized Identifications: No item may feature the wording or lyrics from national anthems, motivational words, public/political messaging or slogans related to national identity.

Hensley’s Statue of Liberty image is on the left side of her mask, and Rigsby’s is on her chin. Neither goalie played in USA’s opening 3-1 win against Finland. Maddie Rooney was the starter.

Fischer said it the situation should be resolved before USA’s Tuesday game against Russia (7:10 a.m., ET, NBC Sports Network.)