It was a Pepsi can image “tattooed on the lobster’s claw,” said Lindstrand.

Being a huge Pepsi fan — she drinks 12 cans every day — this image would have caught her interest anywhere.

But this was something she had never seen before.

“I can’t say how he got it on,” Lindstrand said. “It seemed more like a tattoo or a drawing on the lobster rather than something growing into it.”

She showed it to her crew that Tuesday, Nov. 21, and these past few days she has talked about it with others, including the “Pepsi guy who delivers Pepsi products all over Grand Manan.”

They all have different theories about what could have happened.

“They believe that maybe there was a can in the bottom of the ocean and when [the lobster] was growing, it grew around the can.” 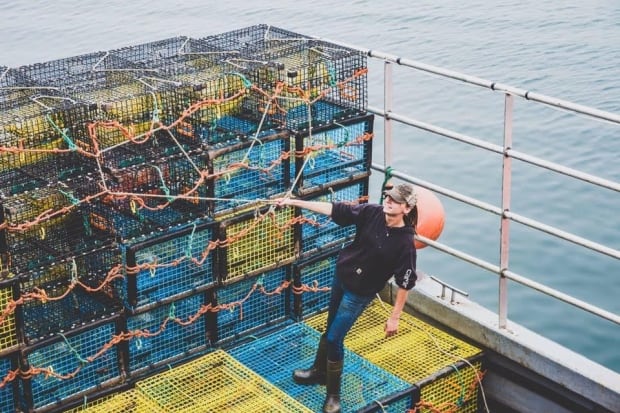 She said others believe part of a Pepsi box stuck on the lobster when it was growing and stayed there.

“This tells me there is a lot of garbage in the ocean, if that’s what’s happening to the lobsters we get out from the water.”

Lindstrand has been lobster fishing for four years.

“It’s the first time I have seen garbage imprinted on an animal,” she said.

It’s also a first for Matthew Abbott, Fundy baykeeper and marine program co-ordinator at the Conservation Council of New Brunswick.

“This is really a unique instance,” Abbott said. “I haven’t seen something like it before, of such a clear imprint of a can on a marine animal.”

He said this photo tells part of our oceans’ story.

“Where [the lobster] was living, there was garbage infiltrating even into the deep water,” said Abbott.

Abbott said this is a serious issue. There’s no week where he does not have a discussion about marine debris in New Brunswick’s coastal waters.

Human garbage “is really widespread, just about anywhere,” he said. “You can’t really name one hotspot because it is well too widespread for that.”

The problem with plastics, according to Abbott, is they break down and get small but don’t go away.

“The smaller something becomes the more it looks like food to animals of various sizes. Once ingested, it can cause all sorts of problems.”

Some animals have even died. 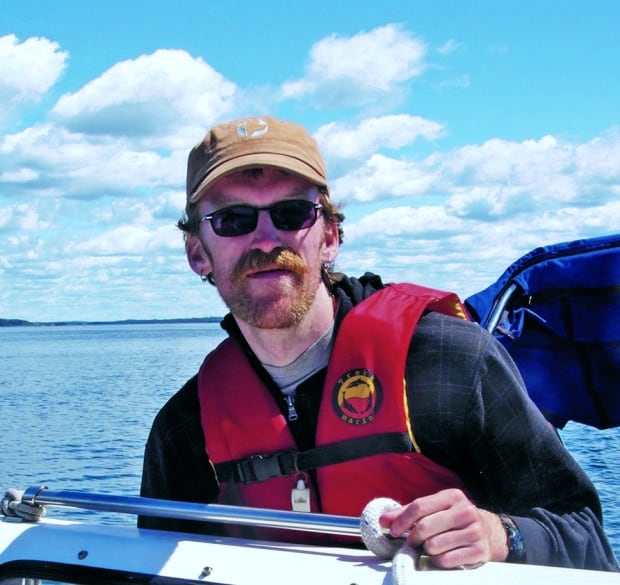 There is also the risk of entanglement. Once a marine animal is entangled in debris, it might not be able to carry out its regular functions.

“And so they won’t be able to survive,” said Abbott.

Abbott said the Conservation Council has been working with provincial and federal governments as well as other non-governmental organizations to try to tackle some of the issues with debris.

Yet animals like the lobster Lindstrand found are still dealing with garbage problems.

Lindstrand and her crew members sold the lobster with the Pepsi can claw along with the other ones that day.

“It is probably in Boston,” she said. “It probably already crossed the border.

But Lindstrand still finds herself wondering how on Earth that lobster got that “Pepsi tattoo.”