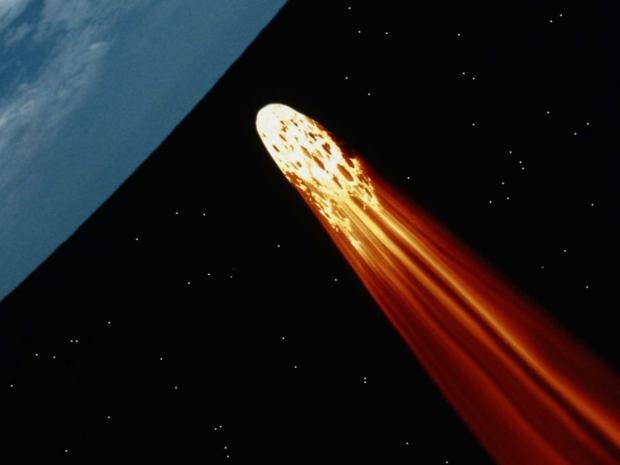 For the first time ever a comet or asteroid that likely originated from outside our solar system has passed close enough to Earth to be visible by astronomers.

The interstellar object has sparked huge enthusiasm from scientists who are urgently working to gather information on the mysterious body before it disappears from sight.

According to astronomers, the object is on a hyperbolic trajectory which suggests the body has escaped from a star from outside our solar system.

Early findings published by the International Astronomical Union’s Minor Planet Centre state: “If further observations confirm the unusual nature of this orbit, this object may be the first clear case of an interstellar comet.”

The mysterious object, named A/2017 U1, was discovered by the University of Hawaii’s Pan-STARRS 1 telescope on Haleakala, Hawaii.

Rob Weryk from the University of Hawaii’s Institute of Astronomy was the first to identify the moving object. Comparing his findings with images taken at the European Space Agency’s telescope on Tenerife in the Canary Islands, he concluded the object came from somewhere else in our galaxy.

The alien space rock, believed to have come from the direction of the constellation Lyra, is less than 400 metres in diameter and is travelling through space at a remarkable 15.8 miles (25.5 kilometres) per second. 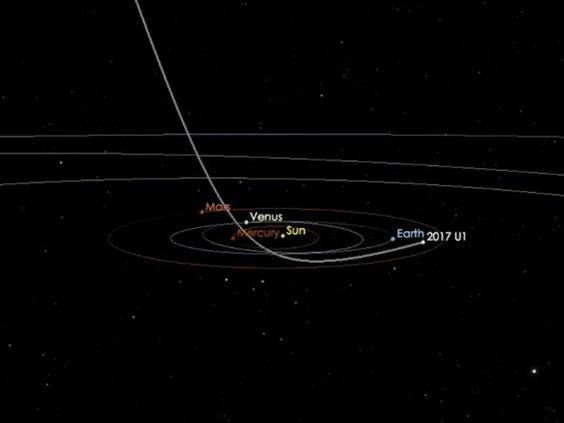 Scientists have long believed in the existence of such interstellar objects because huge amounts of material is thought to be ejected when planets are formed. However, this sighting is the first of its kind.

Paul Chodas, manager of NASA’s Centre for Near-Earth Object Studies (CNEOS), said: “We have been waiting for this for decades. It’s long been theorised that such objects exist – asteroids or comets moving around between the stars and occasionally passing through our solar system – but this is the first such detection. So far, everything indicates this is likely an interstellar object, but more data would help confirm it.”

New information obtained from observing the object could allow astronomers to know more about its origin and possibly its composition.

“This is the most extreme orbit I have ever seen,” said David Farnocchia from CNEOS’ Jet propulsion Laboratory in Pasadena, California.

“It is going extremely fast and on such a trajectory that we can say with confidence that this object is on its way out of the solar system and not coming back.”

The small body came closest to the Sun on 9 September before making a hairpin turn and passing under the Earth’s orbit on 14 October at a distance of about 15 million miles (24 million kilometres), or about 60 times the distance to the Moon.