The new research – which is published in the journal Science Translational Medicine – shows how a modified poliovirus enables the body to use its own resources to fight off cancer. The modified virus bears the name of recombinant oncolytic poliovirus (PVS-RIPO).

PVS-RIPO has been in clinical trials since 2011 and preliminary results have offered hope to patients with one of the most aggressive forms of brain tumor: recurrent glioblastoma. So, the researchers set out to investigate more deeply how exactly PVS-RIPO works.

Explaining the rationale behind their research endeavor, Dr. Gromeier says, “Knowing the steps that occur to generate an immune response will enable us to rationally decide whether and what other therapies make sense in combination with poliovirus to improve patient survival.”

The researchers examined the behavior of the poliovirus in two human cell lines: melanomaand triple-negative breast cancer. They observed that the poliovirus attaches itself to cancerous cells. These cells have an excess of the CD155 protein, which acts as a receptor for the poliovirus.

Then, the poliovirus starts to attack the malignant cells, triggering the release of antigens from the tumor. Antigens are toxic substances that the body does not recognize, therefore setting off an immune attack against them.

So, when the tumor cells release antigens, this alerts the body’s immune system to start attacking. At the same time, the poliovirus infects the dendritic cells and macrophages. 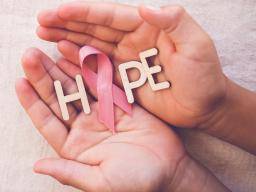 The cell culture results – which the researchers then verified in mouse models – showed that once PVS-RIPO infects the dendritic cells, these cells “tell” T cells to start the immune attack.

Once started, this process seems to be continuously successful. The cancer cells continue to be vulnerable to the immune system’s attack over a longer period of time, which appears to stop the tumor from regrowing.

As Prof. Nair explains, “Not only is poliovirus killing tumor cells, it is also infecting the antigen-presenting cells, which allows them to function in such a way that they can now raise a T cell response that can recognize and infiltrate a tumor.”

“This is an encouraging finding, because it means the poliovirus stimulates an innate inflammatory response.”

Speaking to Medical News Today about the clinical implications of the findings and the scientists’ directions for future research, Dr. Gromeier said, “Our findings provide clear rationales for moving forward with clinical trials in breast cancer, prostate cancer, and malignant melanoma.”

“This includes novel combination treatments that we will pursue,” he added.

More specifically, he explains, because the study revealed that after treatment with the poliovirus “immune checkpoints are increased on immune cells,” a future strategy the researchers plan to explore is “[oncolytic] poliovirus combined with immune checkpoint blockade.”